As a mountaineer, you are always dreaming about the next mountain. Ever since I started climbing mountains in the Ecuadorean Andes back in the summer of 2016, I’ve always wanted to climb mountains in other countries. The opportunity to visit New England in December for the holidays meant one thing: My first international + winter ascent.

After doing some research about which mountain to climb, Brittany and I decided to attempt Mount Liberty on December 29. Located in the White Mountains of New Hampshire, Mount Liberty is at 4,459 ft (1,359 m). Although significantly lower in elevation compared to the Ecuadorean mountains, the challenge of climbing in the winter seemed very appealing to us.

Two of Brittany’s friends joined us for the climb and after about 2 hours of driving north from Epping, we reached the foot of the mountain. What struck me the most at the beginning was how close the beginning of the hike was from the road – Interstate 93. You can hear the sound of cars passing by.

After gearing up with three layers of clothing, food, water, snowshoes, and microspikes, we started the hike through the Whitehouse Trail – Liberty Spring Trail which is part of the famous Appalachian Trail. The weather was surprisingly not freezing, despite being winter and after a few minutes, time to take off the first layer. 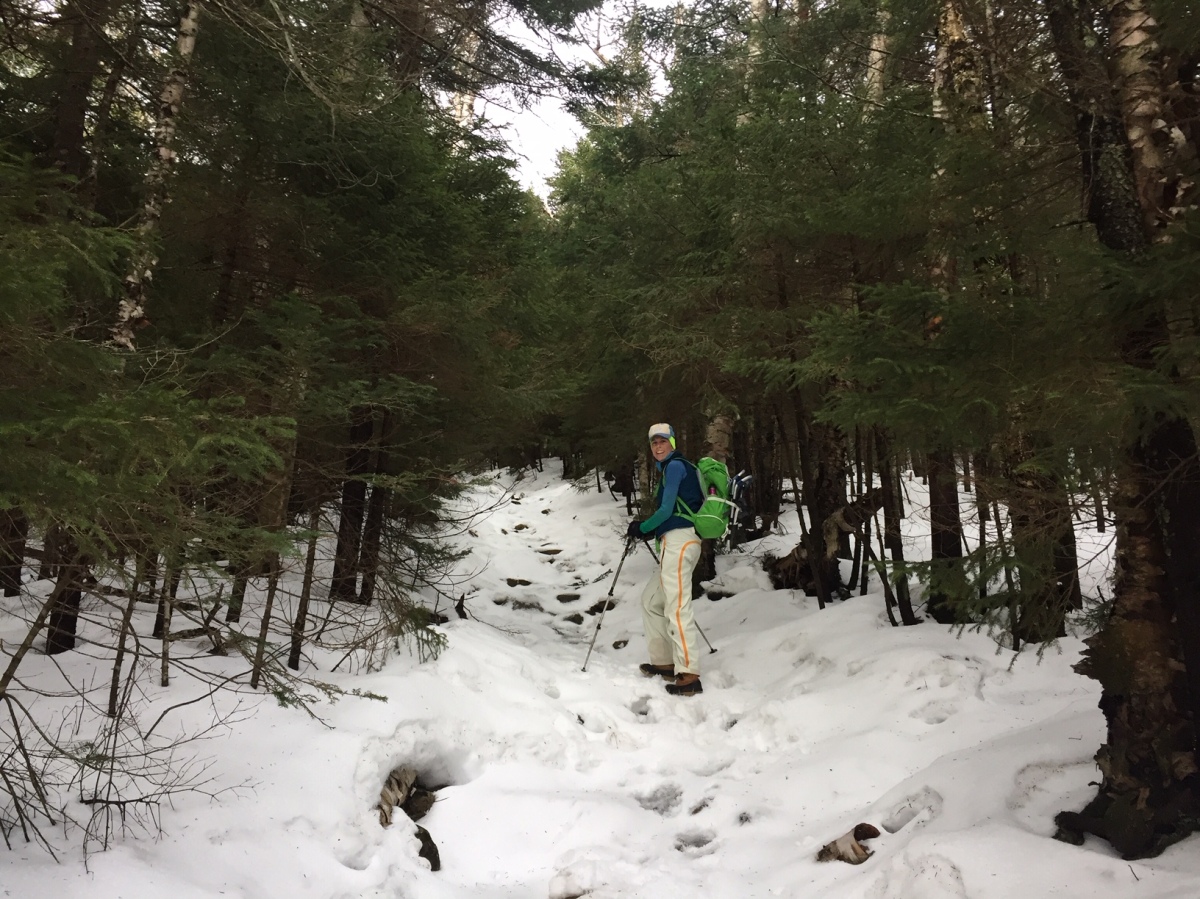 The landscape is very different from the South American paramo as you are surrounded by tall pines and small rivers. Some trees are marked with blue paint so that hikers don’t get lost. As we continued our hike, the trees started getting shorter and the weather colder. As we reached the point above the tree line, there was a sign that warned hikers of the dangers of climbing without proper gear.

This was perhaps the most interesting part of the hike as the wind blew strongly and we were getting close to the summit. I could feel that it was well below the freezing temperature and finally saw the iconic summit of this beautiful mountain. Brittany and I hugged and took some photos at the summit. It wasn’t clear at the top and we did not have the views that we would have wanted but the feeling of summiting my first international mountain and during the winter was definitely memorable. 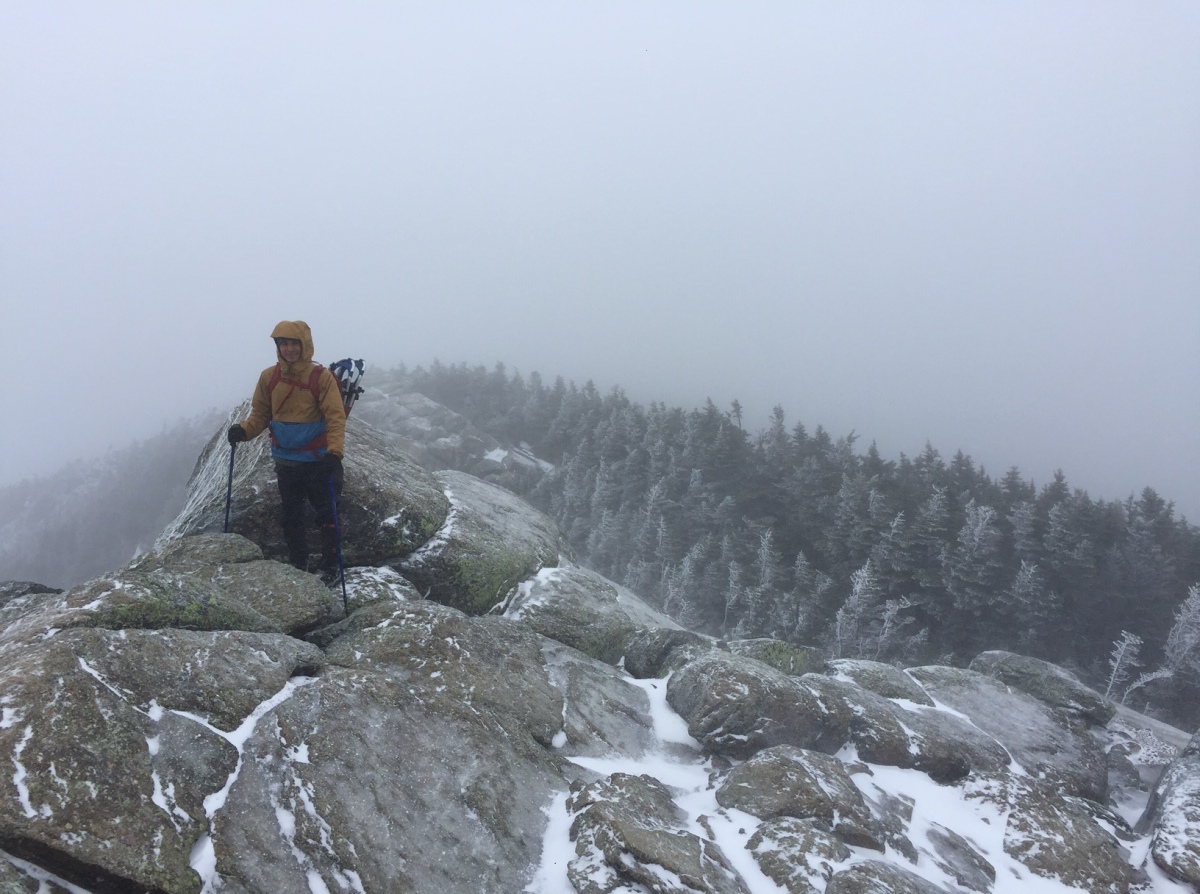 The next challenge at the White Mountains will be to summit Mount Washington in the winter. Until then!