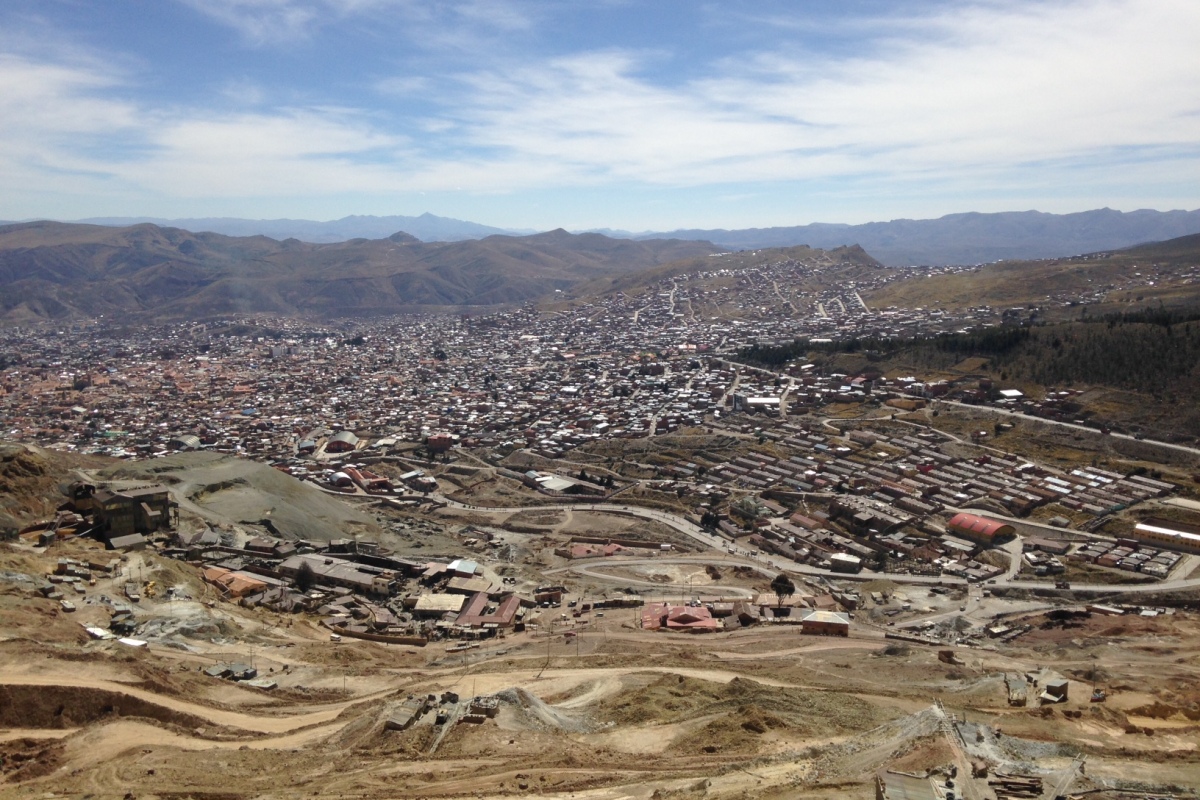 Potosí is located in the south of Bolivia and is a city in which many people depend of the harshness of the mines to make a living. It has an elevation of about 4,090 meters, making it one of the highest cities in the world.

After an almost 3-hour bus ride from Sucre, we reached Potosí at night. Friends of us recommended Koala Den Hostel and that’s were we stayed. It’s a simple yet convenient hostel with reasonable prices and located close to the main plaza of the city (Plaza 10 de Noviembre).

Through the hostel, we were able to do the mine tour with Koala Tours at the next day. Most of the tourists did the guided tour in English and our guided tour in Spanish was more personalized. It started at around 8:30am and the first stop was to get the equipment for each person (helmets, flashlights, boots, jackets and pants).

The next stop was at the miners market. We were advised to buy some gifts to them as in good gesture since they were letting us in the mines. It’s a crowded market where you can pretty much find everything.

After this, we did a quick tour of the mineral factory in which you learn the process of mineral purification after its extracted from the mines.

Finally, the group went up the hill where the mine was located. Just outside of the mine, many miners were about to do the ritual in which llamas are sacrificed. The blood of the llamas is spread on the bodies and faces of the miners and inside the mine. Some organs are buried to honor the Pachamama or mother earth in order to be prosperous and to be safe when working at the mines since accidents can occur. This ritual is not something that I would not have liked to witness but it was part of the experience.

Once inside the mine, you realize how hard and sad the conditions are for miners to work there. They risk their lives everyday day in return of a low wage but at the end of the day, that’s how they make a living and bring food to the table. It’s a good idea to bring handkerchiefs or something to cover your mouth and nose as the mine has a lot of dust.

Our tour guide himself was a miner and he explained to us how some miners can purchase small sections of the mine. This will give a miner the opportunity of being the only one who can extract minerals from that particular section.

Inside the mine, miners perform rituals to ask “El Tio” – a statue that looks like a demon – for protection. The miners would try to make El Tio happy by talking to him and giving him some gifts. He told us how each miner would try to take care of his coworkers. If one of them had family problems or was somewhat depressed, his coworkers would not let him inside the mines as full concentration to work is needed and there is no room for mistake.

As we kept going forward after a tiring walk and finally saw the light at the end of the mine, I could only think the respect that I have for these miners. The mine tour in Potosí is definitely a tough experience for anyone to see but it’s a reality for many people who struggle and risk their lives at work everyday. 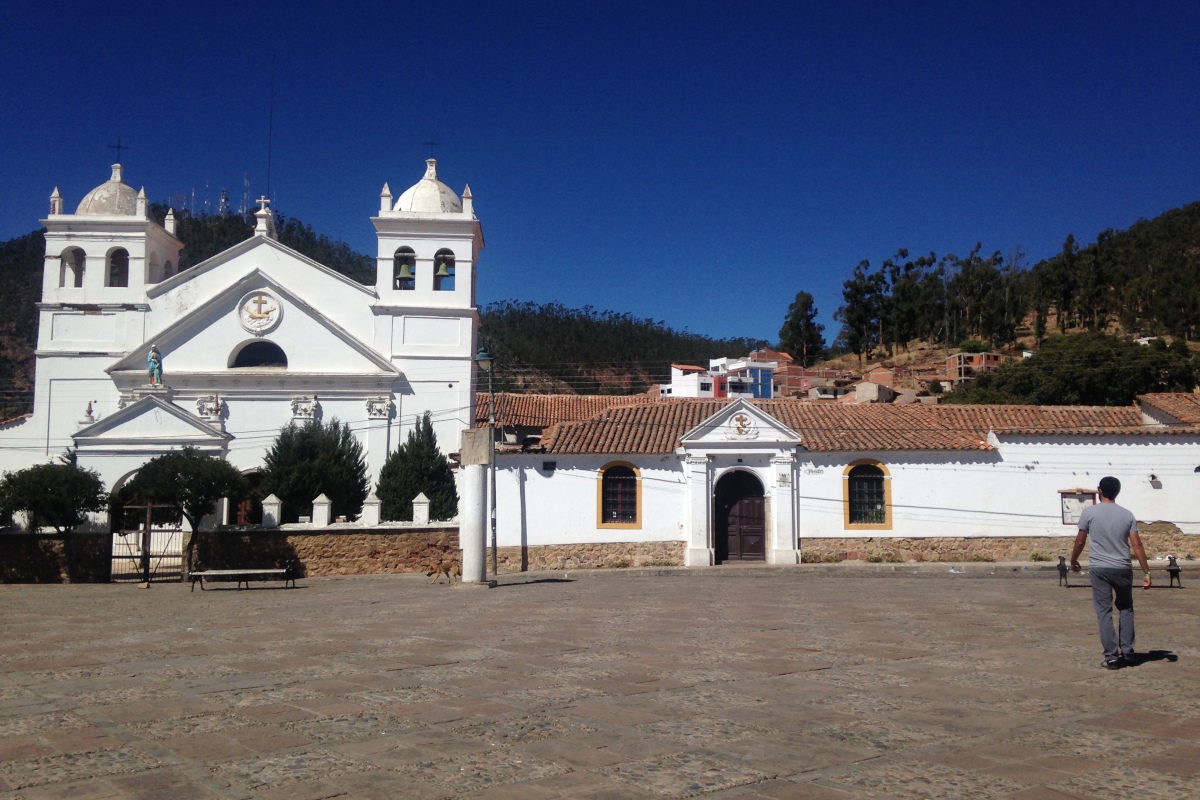 As the historic and constitutional capital of Bolivia, this city is abundant with colonial style streets, churches and chapels.

After a 11-hour bus ride from La Paz, we finally made it to Sucre. The bus terminal was located just 15 minutes away from Kultur Berlin hostel in the historic center of the city. It’s mid May and the weather is warm during the day, so we decide to walk around the main plaza of Sucre where you’ll find the Metropolitan Cathedral, museums, shops and restaurants.

Our First stop was a “Casa de la Libertad” museum. This museum is a must for those who like history as this is the place of Bolivia’s birth where the declaration of independence was signed. At the museum you’ll also find portraits from Simon Bolivar (liberator of Bolivia) to Evo Morales, the current head of state. The entrance fee is 15 bolivianos or $2 USD and the guided tour can be completed in less than an hour.

After having some decent pizza at Pizzeria Napolitana Restaurant (I say decent because with pizza it can always be better!) we took a long walk to the top of Sucre to visit La Recoleta Museum. Rather than recommending visiting the museum that even today still serves as a convent, Plaza Anzures is definitely worth visiting as you’ll find great views of Sucre while having a snack at Café Gourmet Mirador.

As I mentioned in my previous Bogota story, going to a soccer or football game in South America is a must! Usually most league games are played on the weekends but sometimes there are games during the week as well. We went to see the local team Universitario against Nacional Potosí at Patria Stadium and although the stadium wasn’t packed, many goals were scored as the game ended 3-3!!

Sucre is a beautiful city with lots of history and it can easily be covered in a day or 2. Is the perfect example of a colonial style city in South America.